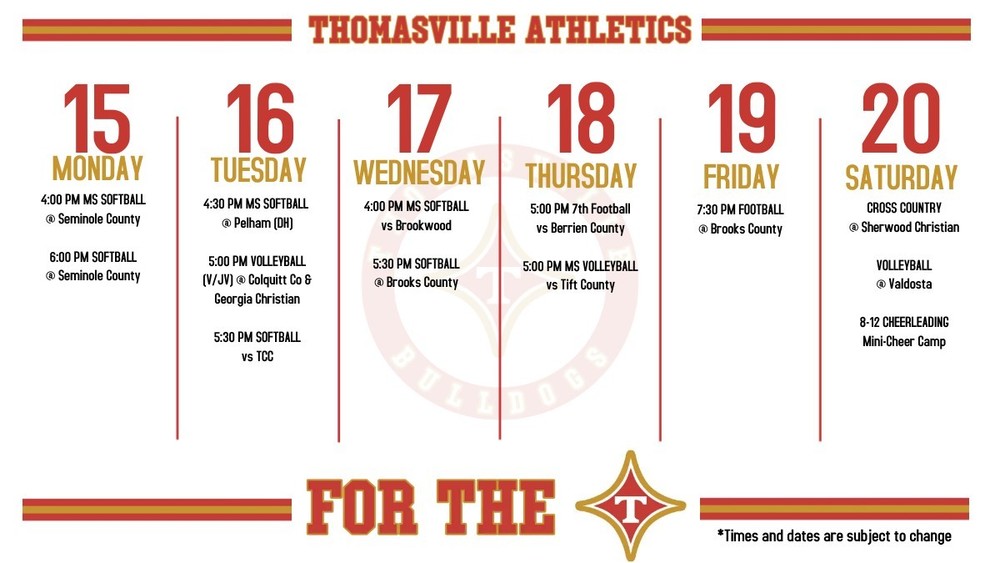 Congratulations to our Lady Bulldog Volleyball team on picking up their first wins of the season this past week. The girls defeated Grace Christian on Tuesday and followed that up with wins over Cook and Brooks County on Thursday!

Our Lady Bulldog Softball team defeated Brooks County at home on Thursday to claim their first victory of the year as well.

Both teams are back in action multiple times this week.

We also have a few more teams starting their season this week as Middle School Volleyball and Football begin on Thursday. While Cross Country begins their season in Albany on Saturday morning.

Friday night the varsity football team will travel over to Quitman for the "War on 84" to open the regular season with Brooks County. Game time is set for 7:30. Ticket information will be sent later today.

I hope everyone has a great week!