This search form uses an instant search feature. As you type, search results will appear automatically below the search field. When you've entered you desired search terms use tab to navigate through the available results and hit enter to open the selected page or document.
EDIT LEFT

The Scholars Academy is an accelerated college preparatory magnet program for highly motivated and goal-oriented students who are interested in pursuing a curriculum that is more rigorous than that found in a traditional middle school or high school program. Since its inception in the fall of 2006 with less than 250 students, the Scholars program has grown to over 600 in enrollment and provides students full access to athletics, band, and other extracurricular activities of the base schools: MacIntyre Park Middle School and Thomasville High School.

Scholars Academy middle school students follow a block schedule consisting of Honors academic classes in every subject area as well as the requirement of a foreign language elective. These classes meet four days a week for 100 minutes and all classes meet one day a week for 50 minutes. If your child qualifies through 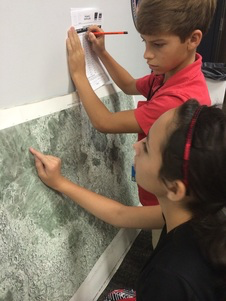 the application process, he or she will take classes on the Scholars Academy campus that will prepare him or her for Advanced Placement, Honors, and other accelerated classes in high school.